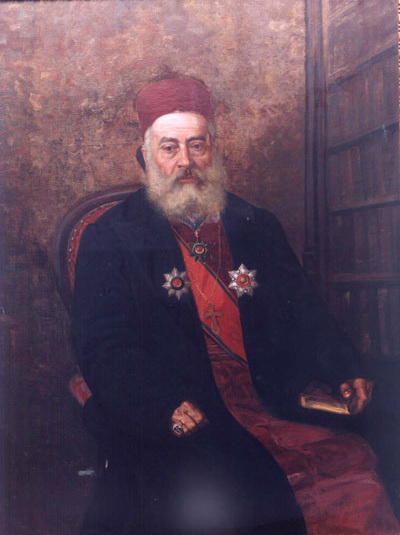 His Grace, Archbishop of Beirut and founder of the CCM, Youssef El Debs

At the end of the XIX century, the Lebanese mountain was submitted to the
Ottoman oppression and tyranny. To escape from a difficult life in a natural
hostile environment, many Maronites moved to Beirut in order to assure to their
families a decent life.

With the aim of helping the most needy persons to face the difficulties of their
new existence, distinguished persons from Beirut community founded in 1876 the
Maronite Charity Association. In 1897, on the initiative of Mgr. Youssef
EL-DEBS, Maronite archbishopric of Beirut, a group of benefactors among them Mr.
Antoine EL-JALKH, Najib HOBEIKA and Antoine SHEHAIBAR undertook to restructure
this Association giving it the name of Association of Brothers of the Poors. In
1933, the Association of Brothers of the Poors was endowed with new statutes and
changed the name. From now on, it will be known under the name of Central
Council of Maronite Societies.

The statutes of 1933 were foreseen in every parish of the Archdiocese of Beirut
a society of parish charity which will group together into the Central Council
of the Maronite Societies. With the expansion of the city, the number of
parishes has increased from eight to fourteen and the number of the parish
charity societies increased consequently. In proportion as new parishes were
created, new charity societies were formed and were integrated the Council. Till
today, the Council is formed from the following parish charity societies: Saint
George, Saint Maron, Saint Elie, Saint Michel, Saint Joseph, Our-Lady of
Deliverance, Saint John the Baptist, Our-Lady of Rosary, The Sacred Heart, Saint
Anthony, Our-Lady of Donation, Saint Sharbel, Saint Peter & Paul and Saint
Anthony the Great.